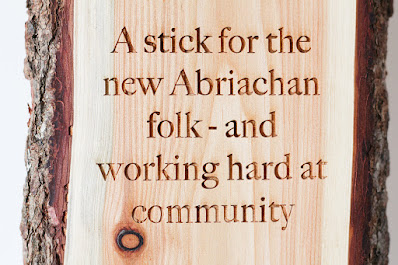 For my project I used walking sticks to tell the story of Abriachan Forest Trust and their community landownership journey. Our access laws in Scotland are held up as a shining example in a UK context, but I would argue they still only scratch the surface of what real access to land should look like. Community landownership is one way of affording people that access on a much deeper level; an enhanced kind of access – to recreation, education, and economic opportunities. 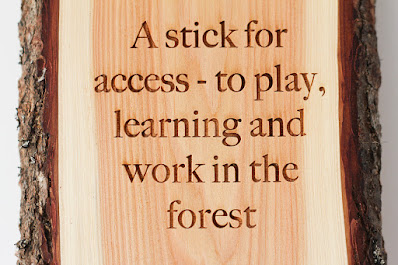 I thought of the walking sticks as a direct link between hand and land; the collection consists of sticks that relate to aspects of the community landownership journey of the trust. I spent walking with young people, volunteers and community, some of whom contributed or developed their skills in the craft of stick-making. My aim was that the collection of 16 sticks is a synthesis of the values, stories and hopes of folk in the community, and that they will retain their relevance going forward – they range from child-size up to adult. 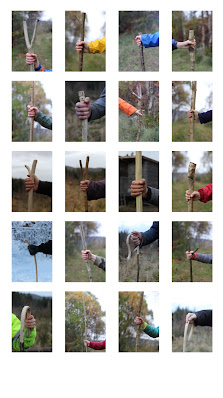 The sticks will be available for folk to use on walks around the forest. There was a lovely example of this happening previously in Abriachan – one of the older residents, now no longer with us, used to make sticks and had a collection that was placed at the foot of a steep path. Posters made it clear to people they could borrow them if they needed. His sticks are fondly remembered and have made their way into the homes of Abriachan residents. 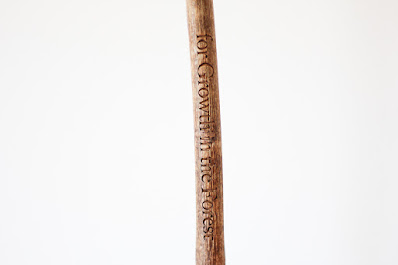 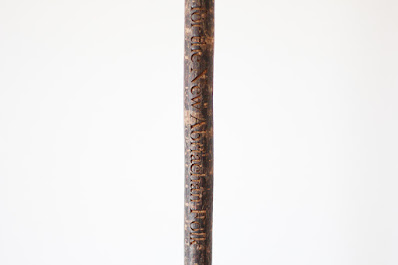 The walking sticks were produced as part of Artists and Community Landowners, a project run by Community Land Scotland and The Stove Network.
Posted by Alec Finlay at 3:33 AM