the unna rules (after chuang tzu) 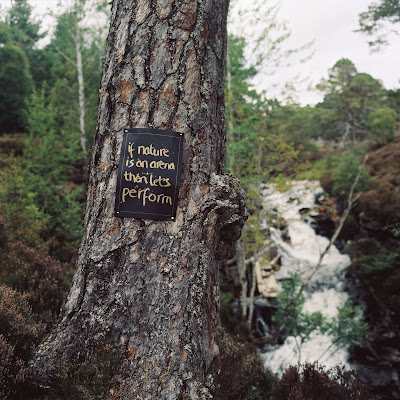 For the past few years I've taken up the manifesto as a written form, approaching it from a poetic perspective. I enjoy the blend of rhetorical voice, exhortation, and affirmation.

These three photographs of manifesto posters, by Mhairi Law, show the first of these, A Manifesto for Humandwolves. This was inspired by a rewilding project run by Trees for Life in Glenmoriston (Gleann Moireasdan), in which people spend a month filling the niche of the wolf and ward deer from pine trees. This activity, blending ecologically progressive management and night walking thrills, seemed so full of radical possibilities to me that I wanted to imagine it as a claim on hill culture.

It seems to me that the most important shifts and transformations in terms of how humans relate to the landscape – I'm thinking her sin terms of ecological remediation, rewilding, hutopianism, or disability perspectives – are acts of imagination.

My father, an unreconstructed fan of Robespierre, was fond of saying that garden centres would be the new Jacobin Clubs. What he meant, among other things, was that the ability of ordinary people to translate a patch of earth into a garden had radical implications, culturally, poetically, and imaginatively. Another poet, GF Dutton, had a more grounded vision of a Highlands filled with marginal gardens made from abandoned hill farms. Both are concerned with the sense of permission that we feel – are permitted to feel – to care of the land

When I go around Scotland meeting Paths for All walking groups I can't help thinking of them in a similar way, as a collection of gentle radicals who, if the situation allowed, could help transform our relation to landscape and ecology.

Whoever walks in a place develops a desire to take care of it, improve it, and renew it. 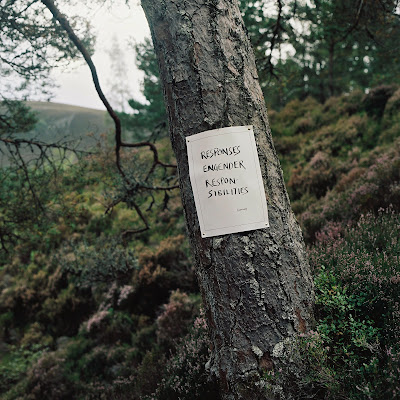 One of the classic 20th century texts of land reform is known as The Unna Rules. This text, written as a guide for the National Trust in the 1937, represents a vision of wilderness typical of its time whose influence is felt down to this day, in particular in the debate over the catastrophic impact of deer-stalking. Its influence can be seen in concepts such as 'wild land', defined by John Muir Trust, and the rewilding policies of NTS Mar Lodge and other estates.

The rules were written by the Danish-born mountaineer and philanthropist Percy Unna (1878-1950), who argued for the preservation of landscape and natural habitats in their 'primitive' form. Unna served as president of the Scottish Mountaineering Council and he argued "that the hills should not be made easier or safer to climb". He died on the hills he loved, falling from Beinn Eunaich.

Where I differ with Unna is his attitude to huts, which, as someone with a disability, represent a way to dwell in wild places, whereas he saw them as an imposition upon the supposedly pristine wilderness. In consequence, this new version of Unna is sympathetic to, but sometimes at odds with, his ideas.

The things we do in a landscape – walking, climbing, hunting, snowboarding, hutting, planting trees, or even humandwolving– produce ways of behaving which, in a place as contested as the Highlands, becomes conflicting rules of conduct. These rules, or claims on human behaviour, will always evolve over time, the moreso as climate breakdown impacts.

There is a creative delight in translating a manifesto and ensuring that it is paradoxical and gently provocative. Of course, in the real world there are endless frustrations on walkers making improvements, whether these are better paths, more trees, or rewilding. Nevertheless, when people walk together, possibilities are given air.

the aim of the best walks

is to change the world

the unna rules (made over again after chuang tzu)

the lairds shall not hinder the ways

the hills should not be free of risk

the old ways will be preserved

new paths must be made without diggers

the ways shall be kept free of signs and cairns

a notice will be posted: this is the people’s land

wherever bothies exist
trees should be planted

these principles shall extend
throughout the land 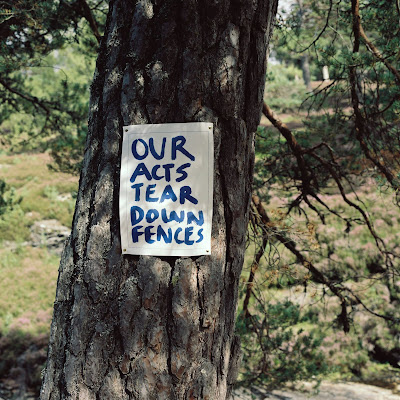