Walks and Paths in Strathdon 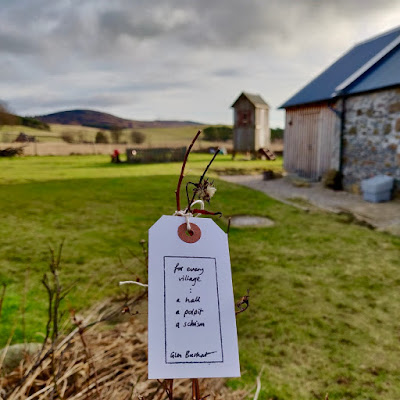 poem-label: 'for every village: a hall, a pulpit, a schism'

In February 2020 I visited Strathdon to meet a local paths group and make a tour of the burns and watersheds that my artist friend Gill Russell walks, around Glenbuchat. It's an area I knew from reading studies of place-names and composing colour walks, with Gill's help, for a project called Some Colour Trends, made for Deveron Projects. 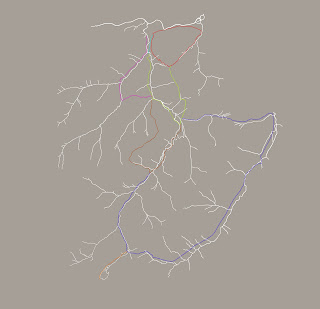 Gill and I have collaborated on mapping projects, including her river maps, such as this the Ey and Baddoch watershed, with some suggested walks. 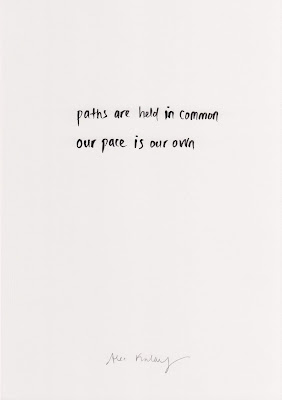 Walking the dog we passed brashes carefully stacked by her husband, Chris, like signs saying this field is cared for. 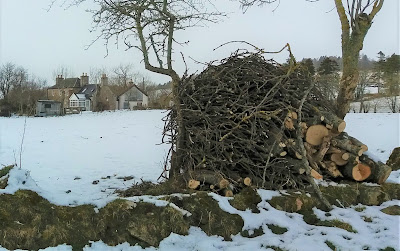 And we talked about what made her home walks special. 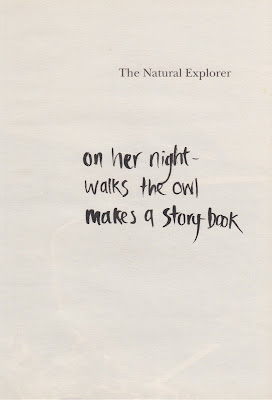 Over the Don from Gill and Chris' house is a small wood with heaps of stones set along the bank; these were used by travellers, or summer-walkers, to secure their tents and benders. 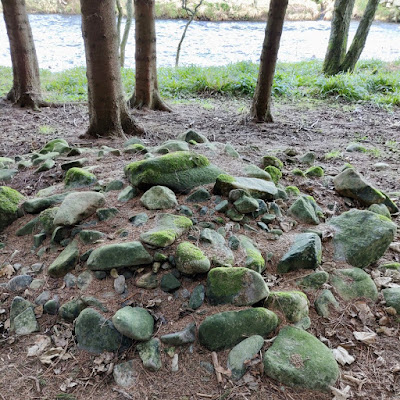 he began by clearing a wood
piling brashes

that made a path

now there are walkers
and more birds 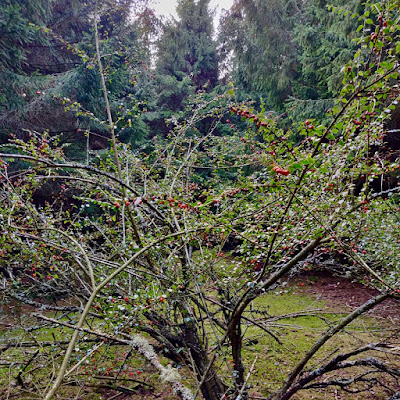 I was struck by how much less constrained the walkers that I met in the town of Kemnay felt, compared to those in Strathdon, where shooting estates still predominate.

where there are
so many fences
so few paths 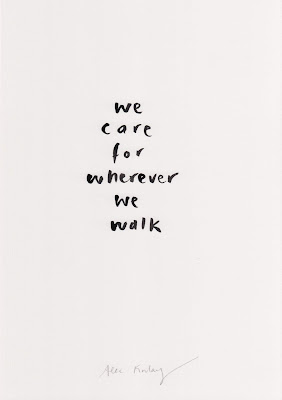 What follows are some notes from a conversation with some of the paths group, sharing practical and aspirational thoughts on how involvement with walking shapes their thinking about the place they live. It amused me how insistent the group was that their concern was paths, not walking together.

there are path groups
there are walk groups

It's also true that, together, the new groups dedicated to walking are becoming a kind of gentle revolution in terms of landscape and environmental improvement because, whenever people walk together locally there is a natural impetus for change. Transient walks made regularly along the same routes, as Paths for All health walks are, will always tend towards greater care of a locale, whether that means adding benches, improving paths, making gates accessible, or my proposal of adding place-aware signposts which draw attention to poetic or neglected ways and places. The more name-aware people are they more they want to walk.

An example would be Gill's gift for picking out details, like her amusing suggestion of a walk from Kindie to Kindy, which would take you from the cheese press at Largue, to the cheese press at Brachlach. Kindy is from the Gaelic ceann, head; the walk takes you over the heights watershed from which the burns spout.

Another of my improvements would be adding nest-boxes with poems, or some other modest or microtonal addition which enriches a gentle walk. Having a practical bent, the group were interested in benches. As their comments show, walking is also an incentive to land reform and it will always tend to challenge intensive management, fences and the hunting craze. 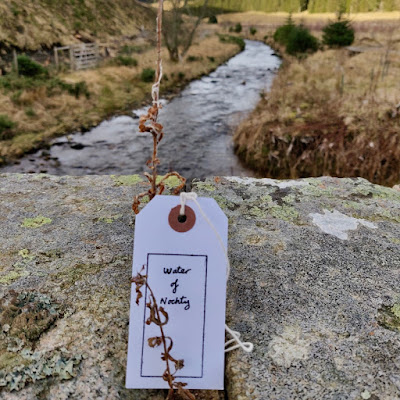 
The images show some of the burns Gill showed me. 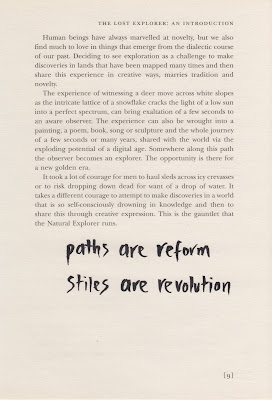 I half-jokingly suggest that the improvement that would help most in this region was stiles, to erase the dominance of fences of all kinds. 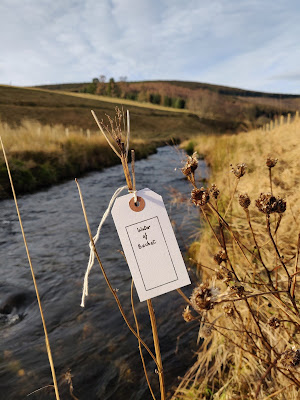 some benches along the new path

a sitooterie on Ben Newe

a bench on Tom Beith

a bench at Corgarff, in the car-park

a bench inscribed with weather words 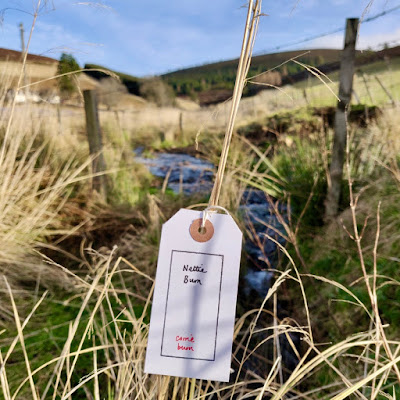 a short walk from the pub, across the Don, on to the Kirk
and back by the new path that leads from Bellabeg to the pub

a path from Glenkindie to Towie

a walk from Glenkindie to Tarland, over Tom Beith
via Lazywell and Davoch

a walk from Glenkindie, along the Tom Beith ridge, to Glenbuchat
via Dunaford Bridge and Ben Newe

a walk from Corgarff to Goodbrands

a walk from Lonach Hall to Ben Newe

a long walk from Bennachie, across the hills north of the Don,
the hills of Corgaff, and continuing up the Don
and over the Lecht to Tomintoul

a long walk from Huntly to Corgarff

a walk from Tarland over Pressendye 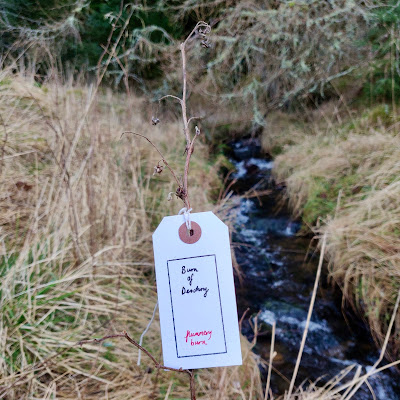 some names for a place-aware signpost sited at the pub 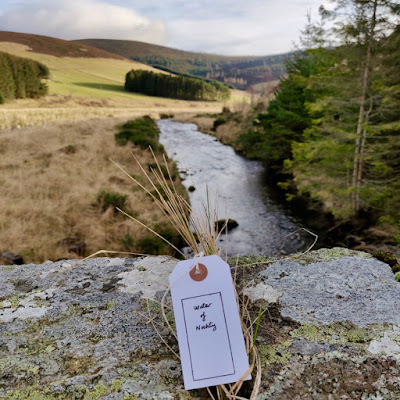 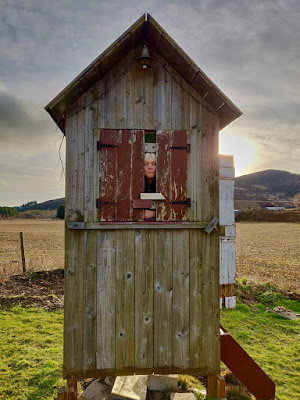 Gill Russell in the pulpit she designed for Glenbuchat. 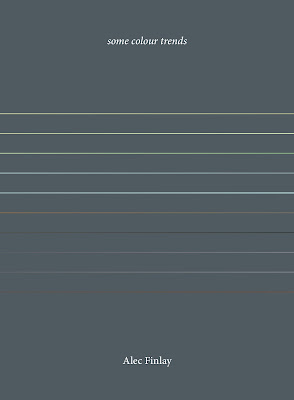 Copies of Some Colour Trends are still available, as is Gill's companion volume, lorg coise/footprints.

These posts are published as part of a year-long artist in residence, funded by Paths for All.